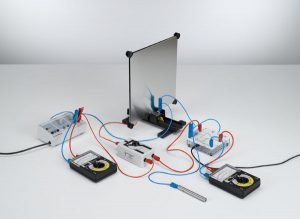 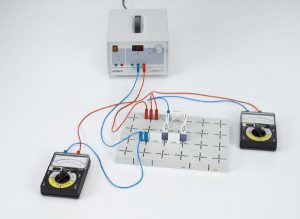 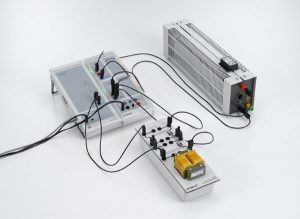 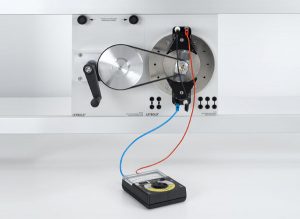 Electric motors exploit the force acting on current-carrying conductors in magnetic fields to convert electrical energy into mechanical energy. We distinguish between asynchronous motors, in which the rotor is supplied with AC or DC voltage via a commutator, and synchronous motors, which have no commutator, and whose frequencies are synchronized with the frequency of the applied voltage. 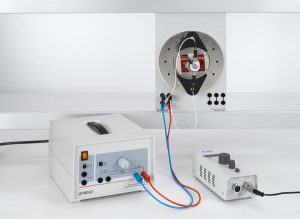 In the real world, power is supplied mainly through the generation of three-phase AC, usually referred to simply as “threephase current”. Consequently, three-phase generators and motors are extremely significant in actual practice. In principle, their function is analogous to that of AC machines. As with AC machines, we differentiate between revolving-armature and revolving-field generators, and between asynchronous and synchronous motors. 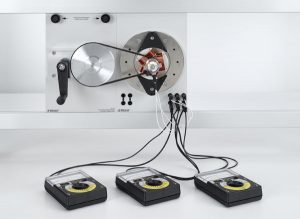 To investigate the behavior of capacitors in DC and AC circuits, the voltage UC at a capacitor is measured using a two-channel oscilloscope, and the current IC through the capacitor is additionally calculated from the voltage drop across a resistor R connected in series. Alternatively a Mobile-CASSY 2 is used. The circuits for conducting these measurements are assembled on a plug-in board using the STE plug-in system. A function generator is used as a voltage source with variable amplitude and variable frequency. 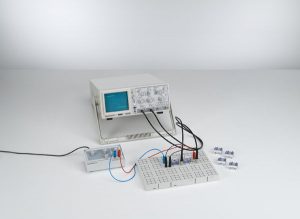 It is possible to excite electromagnetic oscillations in a straight conductor in a manner analogous to an oscillator circuit. An oscillator of this type emits electromagnetic waves, and their radiated intensity is greatest when the conductor length is equivalent to exactly one half the wavelength (we call this a l/2 dipole). Experiments on this topic are particularly successful with wavelengths in the decimeter range. We can best demonstrate the existence of such decimeter waves using a second dipole which also has the length l/2, and from which the voltage is applied to an incandescent lamp or (via a high-frequency rectifier) to a measuring instrument.

E. Lecher (1890) was the first to suggest using two parallel wires for directional transmission of electromagnetic waves. Using such Lecher lines, as they are known today, electromagnetic waves can be transmitted to any point in space. They are measured along the line as a voltage U(x,t) propagating as a wave, or as a current I(x,t). 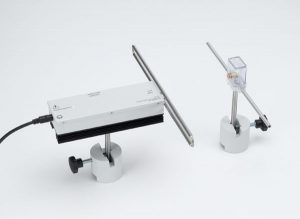 Microwaves are electromagnetic waves in the wavelength range between 0.1 mm and 100 mm. They are generated e.g. in a cavity resonator, whereby the frequency is determined by the volume of the cavity resonator. An E-field probe is used to detect the microwaves; this device measures the parallel component of the electric field. The output signal of the probe is proportional to the square of the field strength, and thus to the intensity. 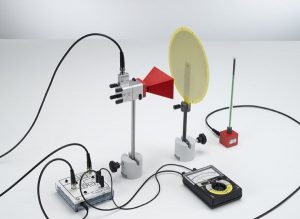