Frequently, the propagation of light can be adequately described simply by defining the ray path. Examples of this are the ray paths of light in mirrors, in lenses and in prisms using sectional models.

The focal lengths of lenses are determined by a variety of means. The basis for these are the laws of imaging. 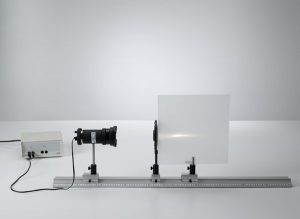 A photoelement with a narrow light opening is used to measure the diffraction intensities; this sensor can be moved perpendicularly to the optical axis on the optical bench, and its lateral position can be measured using a displacement transducer. The measured values are recorded and evaluated using the software CASSY Lab. 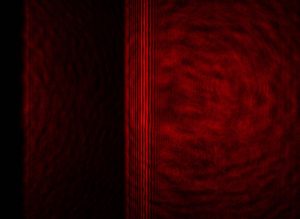 In a Michelson interferometer, an optical element divides a coherent light beam into two parts. The component beams travel different paths, are reflected into each other and finally recombined. As the two component beams have a fixed phase relationship with respect to each other, interference patterns can occur when they are superposed on each other. A change in the optical path length of one component beam alters the phase relation, and thus the interference pattern as well.
Thus, given a constant refractive index, a change in the interference pattern can be used to determine a change in the geometric path, e.g. changes in length due to heat expansion or the effects of electric or magnetic fields. When the geometric path is unchanged, then this configuration can be used to investigate changes in the refractive index due to variations e.g. in pressure, temperature and density. 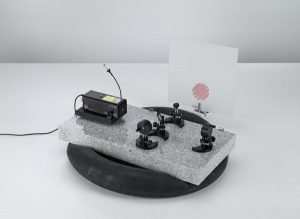 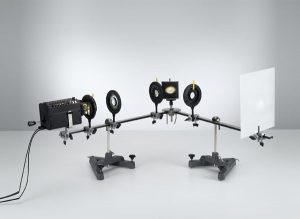 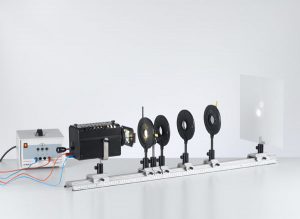 Transparent isotropic materials become optically active in a magnetic field; in other words, the plane of polarization of linearly polarized light rotates when passing through the material. M. Faraday discovered this effect in 1845 while seeking a relationship between magnetic and optical phenomena.
The angle of optical rotation of the plane of polarization is proportional to the illuminated length s and the magnetic field B.The proportionality constant V is known as Verdet’s constant, and depends on the wavelength λ of the light and the dispersion.

There are two types of physical quantities used to characterize the brightness of light sources: quantities which refer to the physics of radiation, which describe the energy radiation in terms of measurements, and quantities related to lighting engineering, which describe the subjectively perceived brightness under consideration of the spectral sensitivity of the human eye.
The first group includes the irradiance Ee, which is the radiated power per unit of area Φe. The corresponding unit of measure is watts per square meter. The comparable quantity in lighting engineering is illuminance E, i. e. the emitted luminous flux per unit of area Φ, and it is measured in lumens per square meter, or lux for short. 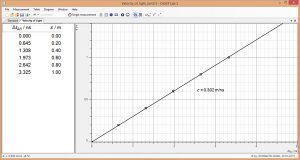 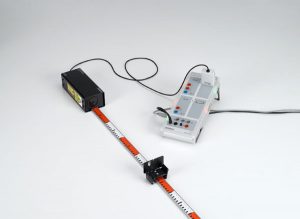